Trying to Muzzle Your Critics Online

Some doctors and other professionals are slipping in so-called “gag orders” in their contracts for services to prevent their patients from criticizing them in online posts. What seems to have spurred this on are the proliferation of websites where patients can rate and critique their experiences with doctors and other professionals. Sites such as yelp.com, healthgrades.com, ratemds.com, vitals.com, and numerous others, invite people to rate their doctors on different criteria and allow them to leave comments about their opinions and experiences with them. Are these gag orders enforceable? 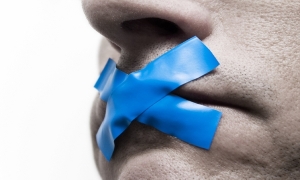 A patient of a New York dentist will soon find out, as he has filed a class action lawsuit against his dentist to try to get the Court to rule that his contract with her that promised he would not make negative comments about her online “is unethical, invalid and illegal.”

It doesn’t seem likely that Courts will uphold the validity of this attempt by doctors to prevent their patients from posting reviews of their services online as long as it is clear they are merely the “opinions” of their customers, or just factual renditions of their experiences. If they could, you would think hotels, restaurants, and many other businesses would have already slipped in these clauses from their customers. While a person can contract away their constitutional rights, (such as your freedom of speech), a good argument can be made that a clause that prevents consumers from sharing their experiences is against public policy and void.

It will be interesting to see what comes out of this case. If the Court does uphold the “gag order” expect to see them in many more contracts that you would enter into for services.