We Got your Tainted Drugs Right Here!

During the contentious debate on what is known as the Patient Protection and Affordable Care Act, one of the proposals to lower the costs of medications and health care was to allow Americans to purchase prescription medications from pharmacies outside the USA. However, under intense pressure from the pharmaceutical industry, the proposal to allow the importation of medication was killed off. 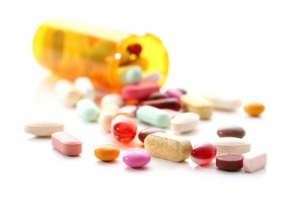 One of the reasons given by the industry against the proposal was that overseas pharmacies could not guarantee the safety of the medication, and according to GlaxoSmithKline’s official blog, “allowing importation could open our borders to counterfeit drugs, cheap foreign copies of FDA-approved medicines, expired and contaminated drugs, and drugs stored under inappropriate or unsafe conditions. If these drugs are allowed to enter the American medical supply stream, patients could be given medicines that at best are ineffective and at worst are harmful or even deadly.”

Ironically, this week, we learned that the very same GlaxoSmithKline agreed to pay $750 million to settle allegations that its subsidiary manufactured and sold adulterated drugs, including the popular antidepressant Paxil. One of the main allegations was that a plant operated by GSK in Puerto Rico manufactured drugs under substandard conditions, forcing GSK to admit that it sold adulterated products with the intent to defraud or mislead.

Bottom line is competition is what brings down prices for the consumer and allowing the importation of pharmaceuticals will save money for the cash strapped Medicare system. Errors can be committed by domestic as well as foreign production as the GSK settlement demonstrates. Politicians are campaigning on repealing or revising the landmark Health Care legislation. Perhaps if that occurs, they will re-examine this issue. However, based on the political leanings of those that look like they are about to take over, that may not be likely.