It’s interesting to me that the recent increase in sinkhole claims is one of the reasons why Citizens Property Insurance Corporation is asking the Office of Insurance Regulation for an average rate increase of 8.4% on private homes, according to a recent article in the Insurance Journal.

Recently, there has been some debate in the newspapers regarding the reasons why there have been an increase in sinkhole claims. Regardless, everyone agrees that the number of sinkhole claims has increased. In defending these types of property lawsuits, I continue to see a steady flow of new sinkhole lawsuits coming in. So, I have no doubt that the actuaries at Citizens accurately determined that the rate increase is needed. What I find most interesting is that Citizens is experiencing what many of Florida’s private insurers forecasted two years ago.

In 2008, State Farm asked for a rate increase that attracted the scrutiny of Governor Charlie Crist and others. Shortly thereafter, Nationwide announced that it was non-renewing 60,000 homeowners’ policies in Florida. At that time, it seemed that both the governor and the media tried to cast the insurers in a bad light, making it appear to be about corporate greed, rather than the rising costs of handling and litigating these claims. When it looked like State Farm may have to leave Florida, Crist made statements such as, “good riddance” and “Floridians will be much better off without them.” I couldn’t understand how he could truly believe it would be better for Floridians to decrease competition and lose our largest insurers.

After Nationwide made their announcement, I gave a lengthy interview to a local news station (that was highly edited down to a few sound bites). During the full interview, I made the point that if the government believed that Florida had sufficient private insurers, then government should let the market set the rates; otherwise, Floridians would no longer have the option to purchase insurance from some of the largest insurance companies.

I thought losing the big companies in Florida would be bad for Floridians…I thought the consumers should have the choice…I also thought this would still allow the “take out” companies to continue to grow as Citizens had a surplus inventory of policies that it could continue to move to these growing insurers.

Michael Bennett, a senator from Bradenton, helped sponsor a bill that would’ve deregulated insurance rates and provided Florida consumers with a choice of shopping rates when purchasing insurance. If a consumer wanted to pay less for homeowner’s insurance there were many companies that were simply willing to charge less. Despite voter approval for Senator Bennett’s bill by the people of Florida, Governor Crist vetoed it. 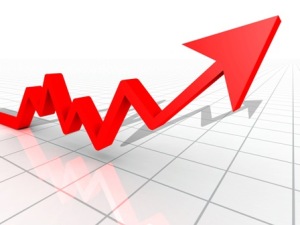 During the same time period, Governor Crist signed HB 1495 which allowed for a 10% increase in more than one million Citizens’ policies. The rates didn’t increase that much in 2009 and were capped at 10% through 2010. However, now that it looks as though Citizens needs another 8.4% increase in rates, it really seems to add credence to what the private insurers were saying two years ago. The reality is in Florida that the costs of hurricane claims and sinkhole claims are very expensive. Of course, Florida also has a large market of Public Adjusters and Attorneys, who make their livelihoods by litigating these claims; driving the costs of these claims even higher. I don’t think that there is any doubt that the expenses for these companies have escalated to the point of needing rate increases to stay in business. To really protect Florida consumers, the legislature needs to identify what is driving the increase in claims and expenses and act to eliminate those costs, which would prevent the necessary rate increases.